Develop, represent, and promote the next generation of business professionals
04 May 2021
Seminars / Xpress Workshops

How to create your candidate brand?

The job market in Metropolitan Montreal is very competitive, especially during this pandemic, where many candidates of all ages have been re-evaluating their professional needs and career paths.

As an expert with nearly 25 years of experience in talent management and development, and more specifically as an executive search consultant for large corporations, Normand Lebeau will be able to give you his best advice on how to stand out in the job market in 2021. During this webinar, you will be able to recall the main essentials of personal marketing in order to polish your candidate brand, which will increase your chances of landing your dream job...whatever it may be! 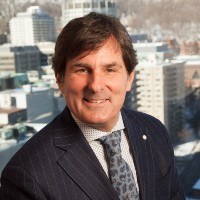 After obtaining a Bachelor of Commerce degree from the University of West Florida, Normand Lebeau worked with various organizations and joined the Mandrake team as a Partner and Managing Director in the Montreal office. He has since developed a multi-specialist practice in middle and senior executive search within the Quebec market.

In September 2014, Mr. Lebeau was elected President of the International Executive Search Federation at the Annual General Meeting in Delhi, India. He served as Global President of the IESF until 2018 inclusive and now sits on the organization's Board of Directors. IESF is the world's largest executive search group with 80 offices located in 22 countries across 4 continents.

During his career, Mr. Lebeau was Executive Vice-President of the Jeune Chambre de commerce de Montréal in 1991 and President of its fundraising campaigns in 1989 and 1990. In March 2000, the Quebec division of the MSSC awarded him the Leadership Award for his contribution as a member of the Quebec business community. Since 2008, he has been a mentor in the Montreal Junior Chamber of Commerce program. Currently, Mr. Lebeau is Chairman of the Board of the Montreal Board of Trade Foundation and is a member of the Board of Directors of the Montreal Economic Institute as well as Chairman of its Admissions and Human Resources Committees.

The activity will last one hour.

Seminars / Xpress Workshops
From COP27 to COP15 on biodiversity, issues and lessons learned