Develop, represent, and promote the next generation of business professionals
06 October 2020
Seminars

Seminar: Succeeding with the media

We are in crisis! You have little time to build the right messages, tailor them to the right channels, and prepare for your media interactions. This training offered by the Public Relations Firm National will help you establish yourself in the new media ecosystem with the right message, delivered through the right channel to the audiences you want to reach. A digital session that combines theory and practice will help you navigate the new media reality. The simulations and scenarios will be built and adapted according to the challenges of your organization, but also taking into account the experience of the participants. This is a session that will help you tell your story convincingly, no matter what digital platform you employ. It’s also an opportunity to polish your messages, tell your story and manage the future.

Who it is for:

The training is intended for owners, founders, presidents, vice-presidents, directors of sales, marketing, advisers and communications managers, (etc.) who work in companies which are particularly affected by the crisis and whose skills in term communications are essential in helping the company in its recovery.

Combination of theory and practical simulations recorded in small groups.

Program of the training:

New media ecosystem in the age of COVID-19

Communication of influence with decision-makers and influencers - a particular ecosystem

Use of social media

Art of formulating messages regardless of the digital platform.

Bridging: the transition to messages.

Critical analysis of the first interview.

Reflection and preparation of messages.

Analysis of the second interview.

Viewing and analysis of the third interview.

Review of the essential elements of the session. Each participant receives a memory aid.

The 8-hour training will be offered on four different days in small groups of five people.

Make sure you are available for the 4 proposed days before registering, we will give you the exact date of your training day when registration is complete.

9:00 a.m. - Introductions, round table of participants.

10:45 a.m. - Group analysis of the first interview and messages.

A political science graduate from UQÀM, Michel has in-depth knowledge of public affairs. Having worked for a long time in the political and governmental world, he is particularly used to developing and using communication tools under strong pressure.

His expertise has been acquired mainly in the demanding environment of these environments. In this capacity, he worked as a spokesperson for the Quebec government with Minister Michel Audet for 4 years, first in the Economy and then in Finance, and for 6 years headed the communications department of a political party. provincial.

Over the years, Michel has developed a vast network in both the public and private sectors. He has acted regularly as a university lecturer and trainer, particularly on the decision-making process in government, as well as the various facets of internal and external communications, among others in the burgeoning universe of new media and social networks. 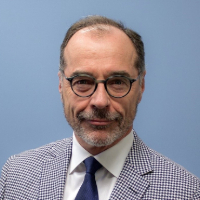 Gary has extensive experience in training, crisis management and media strategy. Over a decade of consulting he has helped a multitude of leaders manage issues and crises in a wide variety of industries and organizations.

Prior to joining NATIONAL, Gary worked as a journalist for almost 20 years. His years at Radio-Canada have taken him to work from coast to coast: Vancouver, Toronto (Queen’s Park), Ottawa (Parliament Hill), Windsor and Montreal. He has worked for the Global Television Network and TQS as a reporter, TV chief, desk manager and assignor. Among his accomplishments has been the coverage of major current events such as the tragedy of September 11, 2001 in New York and Washington. He also covered all federal and provincial election campaigns from 1997 to 2007 (not to mention the many budgets at all levels, including the municipal).

Gary has been involved in numerous crisis situations, mergers and acquisitions and has developed important leaders in a wide range of backgrounds, from industrial, financial services, law, sports, entertainment, NGOs that work internationally, agricultural producers and in the government and paragovernmental sector in several regions of Quebec. Gary also has extensive experience working with first nations. He has trained many Aboriginal leaders in southern Quebec as well as in Nunavik.

How to proceed with the reimbursement with PACME?

Later, we will require a pay stub that proves that you were well employed during the training period and we will reimburse 8 hours of training at the hourly rate you are paid (maximum rate of $ 25 / hour).

So the actual total cost that your employer will have to pay will be: (Cost of registration) - (your hourly rate X 8hrs).

* Employers who benefit from the Government of Canada's emergency wage subsidy will be reimbursed 25% of their employee's salary.

** Since training is subsidized by government, workers in publicly funded departments and agencies, such as municipalities and local governments, Crown corporations, public universities, colleges, schools, hospitals and integrated health and social services centers, band councils and communities (cities, MRCs) are not eligible.

*** As for a self-employed worker or a business owner, he is eligible for the program but to be able to be reimbursed for his working hours, he must make an invoice for the 8 hours of work. training.

**** A maximum of 1 participants for a company will be authorized.

*This activity will take place in French